Fun fact: I’m actually from Kansas if you go back far enough. Go back even further and I was born in Missouri — and I lived there for a whole day! (Yeah, ask my parents. I didn’t have much say in the matter.)

A good portion of my extended family is in the Topeka / Kansas City area, so this is one of the few shows where I don’t have to get a hotel. 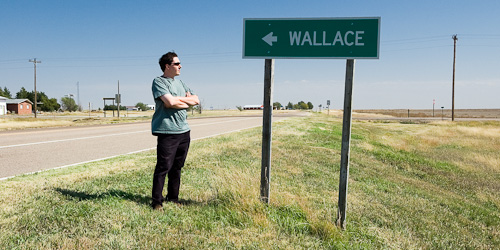 possibly named after ancestors out in the middle of nowhere

Kansas style, the mise-en-scène
Compared to Oklahoma, Kansas is seriously “by the book.” They create rules and follow them to the letter. Think about it: Kansas has thousands of No Passing Zone signs on the highway. It’s completely redundant with the dotted lines indicating the exact same thing; but they want signs, so they’re gonna put up signs, dadgummit. My uncle used to work for an asphalt company, and I discovered that Kansas generally applies pavement just a little bit thicker than they do in Oklahoma. Even my grade school textbooks were two years ahead of the ones I got in Oklahoma. Kansas just has a “we’re gonna do it this way, and that’s final” mentality. Don’t worry about why, just roll with it.

..especially when they go and add the word “Mountain” to the name of their art show. Okay, show of hands — how many of you have been to Kansas? Even if you haven’t, go do a Google image search. (I’ll wait..) It won’t take you long to realize this is what passes for a mountain: 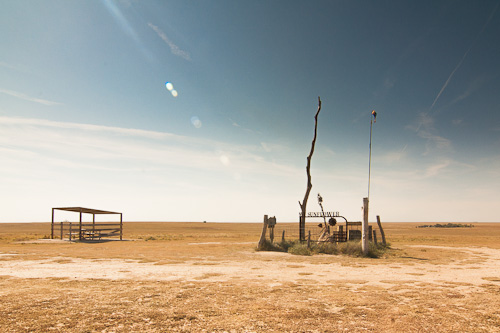 Behold... The highest point in Kansas.

Yeah, Mount Sunflower. But consider what they have to work with. It’s Kansas! :)

The show — the meticulous arrangement was meticulous
Unsurprisingly, not a single blade of grass was out of place. There was even a little plastic red fence around the perimeter to indicate, “this side contains an art show, and this side contains the rest of the universe. Upon crossing the plastic threshold at the edge of the universe, you will be charged $6.00 to enter the show. If you experience any confusion, please contact the Deputy Secretary of the Kansas State Artistic Authority Office for immediate assistance.”

Yes, it’s the only show I do which has an admission fee. This is a fine art show. It’s not a festival of food and music, and it’s not a collection of purple-haired hippies selling spray-painted plastic walmart sacks folded into wearable shapes. As much as we all love that stuff, this show focuses on a very strict collection of work.

The weather was good. It gave the show a sense of drama: 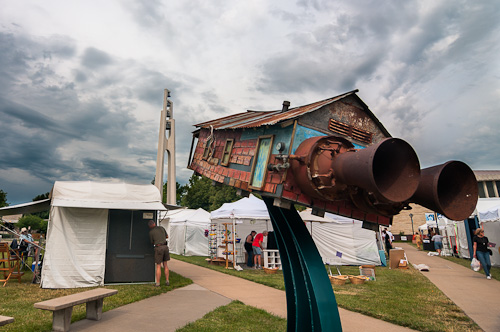 I discovered a flaw in my design!
The carrying capacity of a 2004 Toyota Sienna allows me to carry a certain quantity of each framed image (usually “1”): 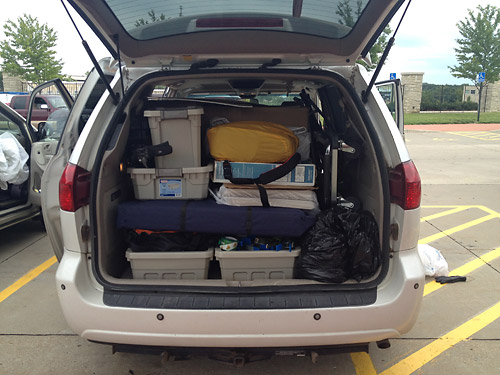 Two decades of Tetris is finally paying off!

I depend on my four-foot wide panorama of Monument Valley to bring people into the booth, and it worked a little too well. My first two sales were Purchase Awards. (The show opens two hours early to corporate sponsors and business customers, and when they buy something it counts as an award. See the green ribbons on the front of my booth.) So what happens when I sell the Monument Valley piece 30 minutes before the show starts, and I have to spend the entire show without it? 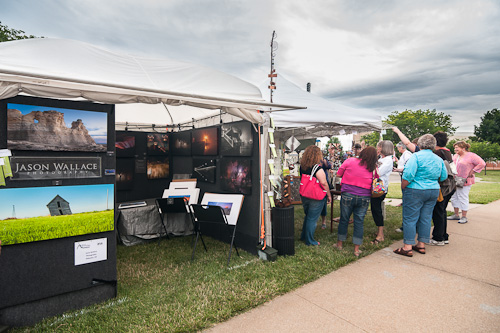 "ooh, shiny! look over there!"

At least I had enough free time to think about this predicament.

Stay tuned… I have all summer to figure this out!