I’m working on some things.

The new gallery is easier to update, and it looks a little better. It scales the main photo with the window, so it will take up as much of the screen as possible without scroll bars (just the thumbnails don’t resize). It has a wonderful hidden feature: If you click a blank area inside the flash gallery and press “f”, it will go full-screen! (..you know, I think the old one had that too, but oh well.)

The best part, it’s both a flash gallery and an HTML gallery! If you connect to it with one of those devices that doesn’t use flash *ahem*iPhone/Pad*, it will render an HTML version of the gallery. The only downside is that the link to the Purchase page doesn’t get generated. (eh, maybe I’ll find a workaround.)

This was long overdue. Some of those photos are from 2008, and aside from having them on the back pages in my sample folder in my art booth, I never really showed them to anybody.

Now I can drum up support that way too. (I do more than take photos of big rocks!)

Gel battery for my booth!

Oh my, this is way long overdue. I haven’t bought one yet, but I saw a section of them at Bass Pro Shop.. (When I get some money, stand back, y’all!)

So, what’s so great about a gel battery over a regular one? They don’t have holes in them. They don’t emit funkiness into the atmosphere. You don’t have to periodically fill them up with water. And if they tip over in your car, you don’t have to worry about any acid burning a hole through the floormat, your car, the road, and eating its way to the other side of the planet.

The only problem: they cost about 2.5 as much.

New supplier for paper and stuff!

Anyway, about the supplier. :) This means I have the opportunity to use a different brand of paper (and canvas!), which leads to a new method for matting prints. Since it would be a different product, it can be offered at better prices, and there’s nothing stopping me from offering these prints in limited editions again. (Why the heck not, right?) 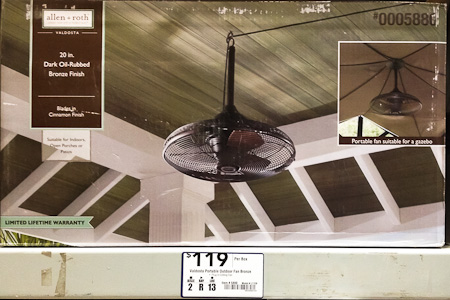